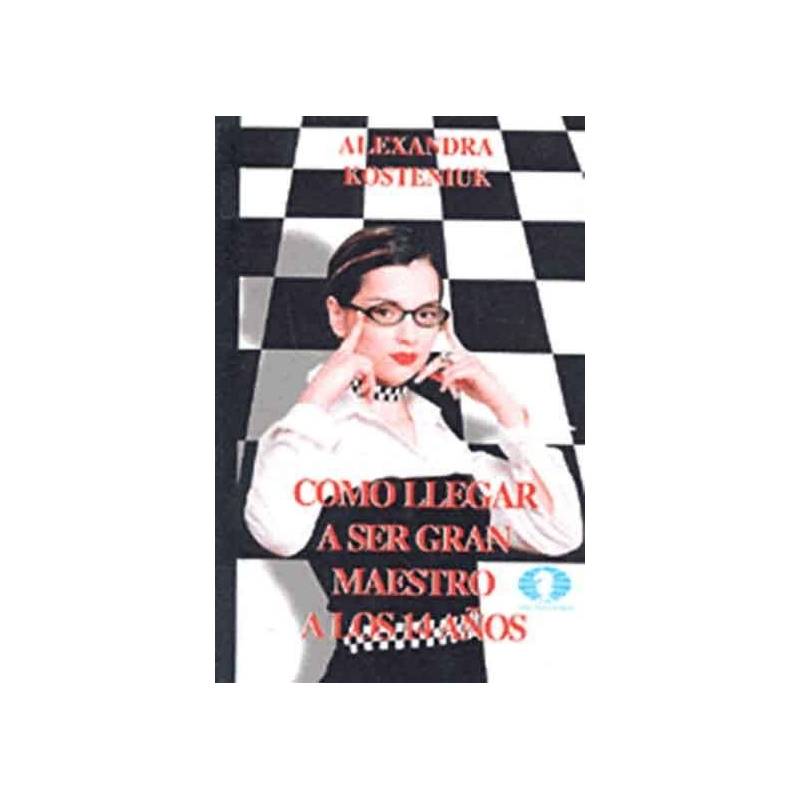 Becoming a Grandmaster at age 14

The book "How to become a grandmaster at 14 years lso" help anyone, in just 19 lessons, to become an apprentice in chess category.

The young Russian Alexandra Kosteniuk, at 17, has already set quite a few records. He has twice been European champion and three-time World Chess Champion among girls.

What you hold in your hands. Alexandra Kosteniuk is possibly the youngest author in the history of chess!

The book "How to become a grandmaster at 14 years lso" help anyone, in just 19 lessons, to become an apprentice in chess category. These chapters are especially helpful praa parents who dream to introduce your children the magical world of chess. You need not study literature mountains, all necessary rules and methodical find them here!

A seasoned fans are devoted tips, exercises and tests for subsequent processing. The Grand Master has said his best games, the same that will appeal to all lovers of the science game, regardless of score. Alexandra and her parents openly tell about their unique chess family, your joys and your sorrows, inseparable companions of chess professionals.