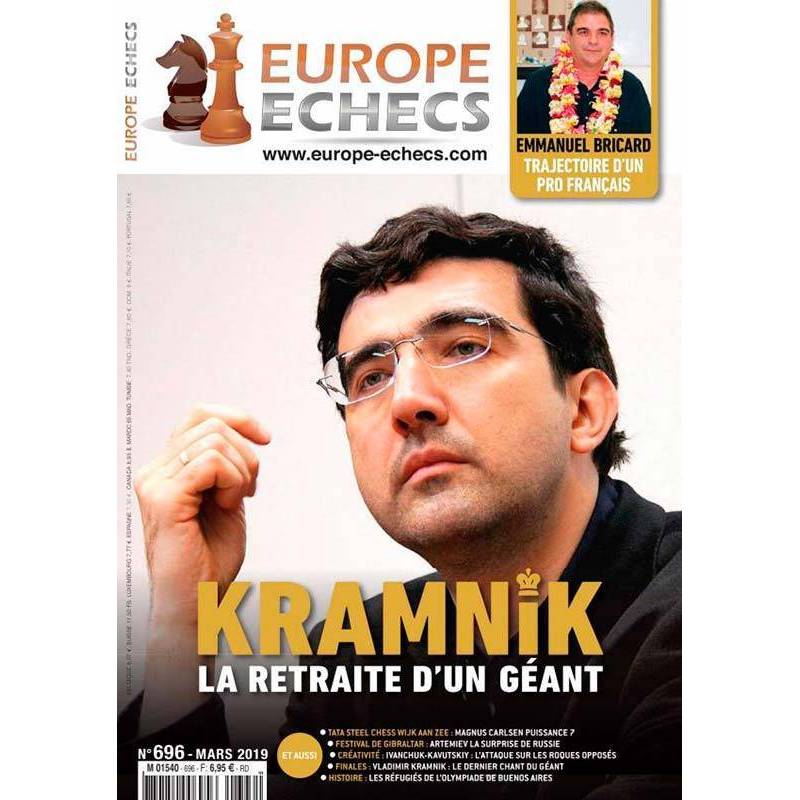 Our eminent collaborator, Grandmaster Vassily Ivanchuk, celebrates his fiftieth birthday on March 18 with a remarkable track record. He accumulated the titles, Youth Champion of the USSR in 1985, European Youth Champion in 1987, first tied for the Junior World Championship in 1988, preceded by the Frenchman Joël Lautier. He is awarded the title of Grand Master that same year.

In 1989, he beat Karpov and won a prestigious international tournament for the first time, Linares considered Wimbledon chess. Then, in 1990, with Gata Kamsky in Tilburg, he won again Linares in 1991, where 8 of the 10 best in the world are presented. He distinguished himself by defeating both Karpov and Kasparov, who reigned over the top of Olympus chess. Ivanchuk soon appears as the dolphin of world champion Garry Kasparov. The same year, he participated in the Candidates cycle for the title, but was eliminated in the quarterfinals by Arthur Jussupov.

It was not until 2002 that Vassily Ivanchuk reached the final of the FIDE World Championship. After eliminating Vishy Anand, he is widely favored against his compatriot Ruslan Ponomariov. But, surprise, he bows without having won a single game. (-2 = 5) Ivanchuk will not find that opportunity to win the world title, but will maintain his place in the "Top 10" for more than a decade by winning many tournaments and a title of blitz world champion in 2007 and world champion of fast games in 2016 ahead of Alexander Grischuk and Magnus Carlsen.

This month you will find it in the comments on your part against the young American MI Kavutskij in Gibraltar with a creative and always cutting-edge game.

A nod to Magnus Carlsen, who wins the first major tournament of the year, the "Tata Steel 2019". Magnus, after his tough game against Caruana, had declared that if he had lost the world title he would have given up on pursuing his career. It seems a little early for a young man of 28 years in full possession of his means. In contrast, Vladimir Kramnik, 43, the scorer of Kasparov in 2000, throws in the towel and will no longer participate in competitions at the highest level.

Kramnik told me, speaking of Viktor Korchnoi, that he will probably continue to be the last player who has been able to maintain that strength beyond 70 years. Nowadays, this type of feat does not seem more conceivable to him. Playing against the best in the world requires so much energy and preparatory work that most players over the age of forty can no longer do so, even with the best computers. It should be noted that more than half of the top 10 players are under thirty. Let us salute the exception that confirms the rule, the former world champion Vishy Anand, soon in his fifties and who is better than to resist with a seventh place in the world ranking.

Make a good reading by finding your regular and passionate columnists who comment and analyze an international news always very abundant, especially with the Wijk aan Zee and Gibraltar tournaments.