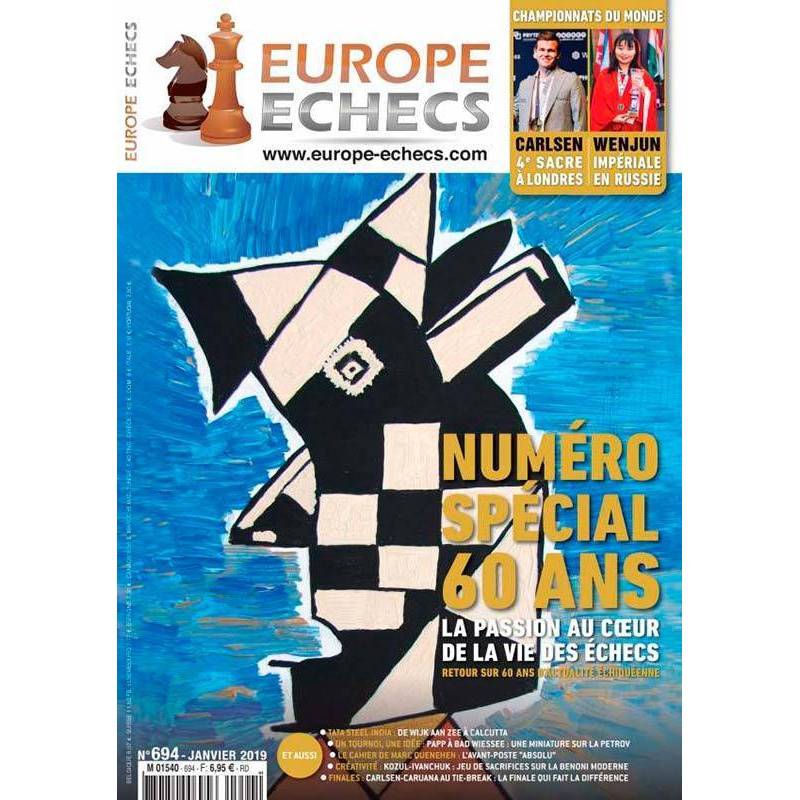 Europe Chess magazine turns 60 years old. To celebrate this event, the magazine offers a retrospective of 60 chess highlights.
Remembering his prestigious past, I could not help but fill up with nostalgia.

The hero of my youth was Bobby Fischer. Recently, in the last round of the Swiss Championship, I exchanged a few words with Grandmaster Florin Gheorghiu, who knew him well. He is the champion to whom he has the greatest respect. "When you played against him, it was special, he emitted so much energy, such a desire that made you feel uncomfortable." I did not feel that, and to a lesser extent, than against Kasparov. "

Watching the Carlsen-Caruana game, it reminded me of the London 2000 game between Kasparov and Kramnik.

Garry Kasparov, who had dominated the international scene for 15 years, remained in control without being able to win a single game. With the whites, he had not been able to get through the obstacle. His opening of the King pawn had been neutralized by the resurrection of the Berlin Defense.
Everything had been played with the black pieces and had to recognize two defeats.
Carlsen, undoubtedly one of the greats that can be associated with Fischer and Kasparov, found himself in the same situation. With the white pieces, he had no chance to bend his opponent. It was totally neutralized in the openings.
Everything happened when Carlsen had black pieces. When opting for the Sicilian, which breaks the symmetry, the duel was then more uncertain. The world champion missed an opportunity to score in the first half.
In the eighth, Caruana had his chances, but underestimated his position saying that "I never felt that I was a winner". "

Carlsen has refused to risk, against the unstoppable Caruana, to be contaminated by taking the game to another field where it stands out, the Rapids. This poses a real problem that culminated in the last part. How to understand that in a clearly superior position, with a benefit for the pendulum, Carlsen offered the draw?

I can not help but imagine that if Viktor Korchnoy is watching us from up there, he must have broken a loud laugh interrupted by some bird names as comments.

The match had to end abruptly with a 3-0 score inflicted by Carlsen in the "tiebreaker"! In conclusion, Fabiano did not show a pace superior to the classic to deserve the title. Carlsen handled the situation perfectly to maintain his crown and prove that he is still the best player in the world.

The formula deserves to be rethought because playing the title for the second time at fast speeds alters its value. In addition, Caruana is not considered one of the best in this type of exercise and was not named Challenger at this rate.

Happy reading, best wishes for 2019 and above all to be more successful thanks to the failures.