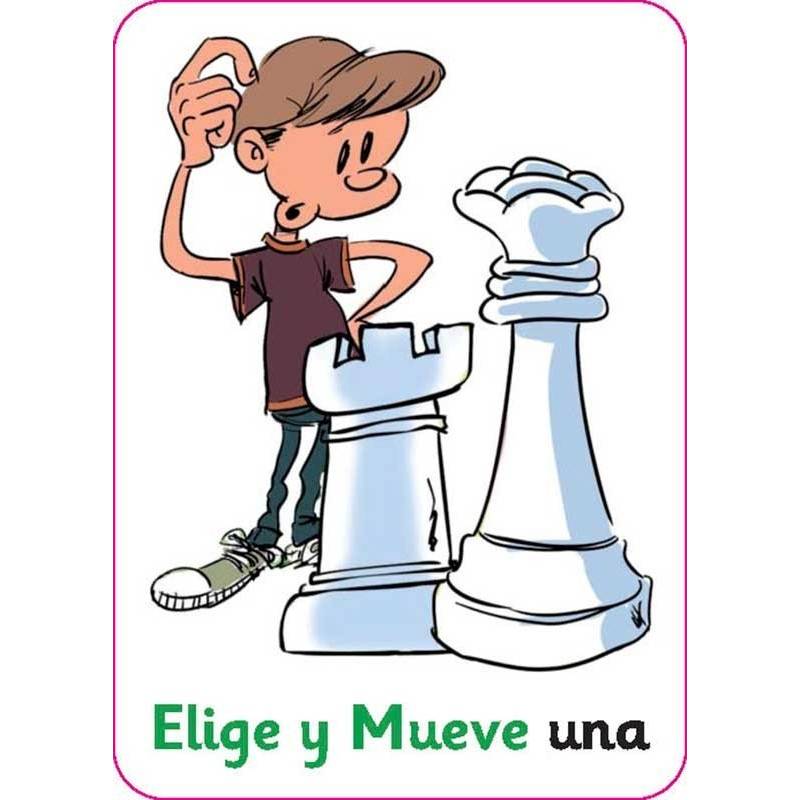 The cards are suitable for players of any age, although the smallest players will benefit most from their use.

A very special deck of cards: the Cards of Luck.

They have been thus baptized because their objective is precisely to introduce the luck in the development of a game of chess.

When using the cards, introducing the luck factor in the game of chess, we achieve several objectives simultaneously:

-We reduce the competitive component and enhance chess as something fun.

- We allow a student to occasionally defeat others of a higher level.

- We introduce an element that enriches the game, presenting new challenges and situations that require creativity and improvisation capacity.

The cards are suitable for players of any age, although the smallest players will benefit most from their use.

The recommended age to use the entry level cards is from 6 years, while to understand the advanced cards well it is recommended to use them from the age of 10.

The normal thing is to use a deck by game, although a single deck can be shared between two games, with the cards in one or two decks. The monitor can configure his own deck, combining the cards as he sees fit.

As a general guideline, rules of use are provided, but these can be modified by the monitor or by agreement between the players. At the end of these rules are included some alternative modes of play.