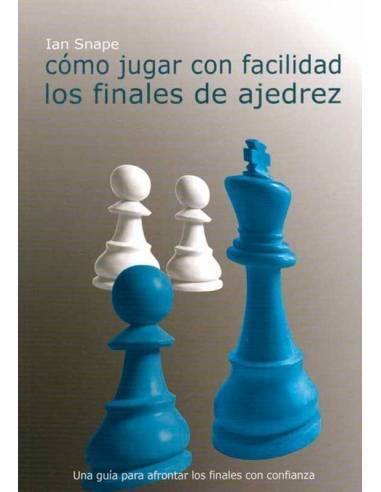 How to play the finals easily

Most chess players are aware of the many games that escape because of poor technical endings.

Most chess players are aware of the many games that escape because of poor technical endings.

However, it is often believed that improving the game in the end involves a massive study of arid theoretical positions that, with the unrealistic hope of completely avoiding the endings, lead the player to invest the time of study in other aspects of the game.

In this book, Ian Snape offers the reader ideas on how to deal with finals with confidence, so that the game can be simplified when it is the best option in the game.

Based on the learning of models, concepts and plans, rather than in memorization or calculation

Concentrate on those areas where the greatest progress is possible The first part of the book studies the theoretical aspects of the final most important for the practical game.

The second part includes 100 exercises to be solved by the reader, along with the corresponding solutions. All exercises are taken from actual games.

Ian Snape had considerable success in youth tournaments, before devoting himself to a professional career in banking, but in the last decade he has returned to competition, and in correspondence chess he has obtained the title of International Master ICCF. Before the board, has participated in three times in the British Championship and takes part regularly in the championships by equipment and other tournaments.