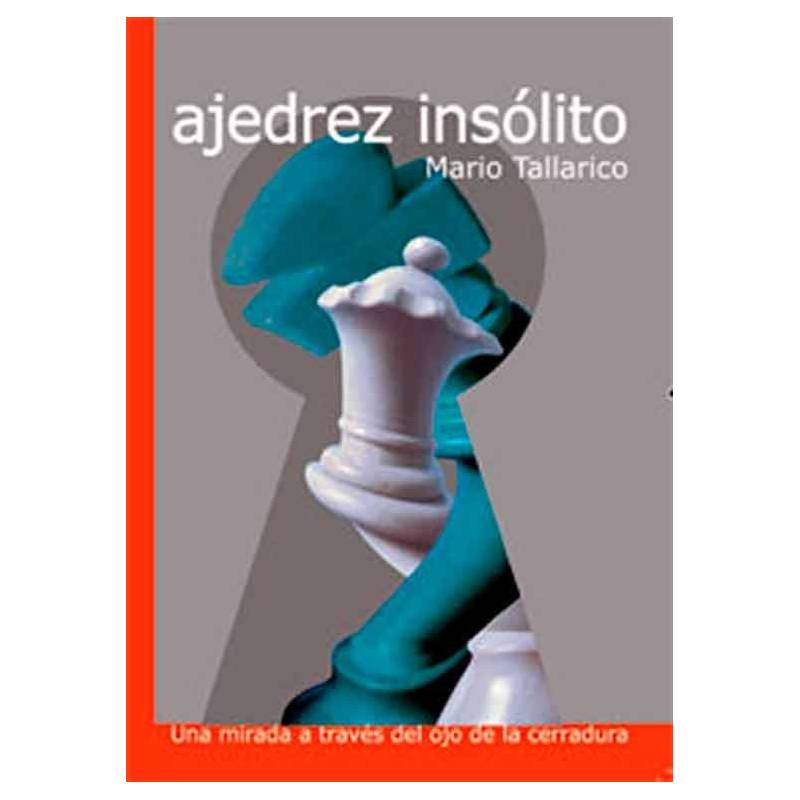 The author of this book gives you the opportunity to see the chess making use of humor as a tool, meets in these pages anecdotes, quotes and problems ...

The challenges of chess, the pleasure of winning or finding
a theoretical novelty exquisite, or the feeling of debacle
lose, they have been widely described in the chess literature.
The story of this game is full of entertaining anecdotes
exciting, fun curiosities and situations inside and
outside the perimeter of the 64 squares. The author of this book gives you the
opportunity to see chess from a distanced perspective
conventions. Making use of humor as a tool,
meets in these pages anecdotes, quotes and problems requiring
to be determined huge dose of imagination.

In Gallery of horror master describes how strong graduates
international catastrophically lost and few movements,
repeatedly against players in lower theory.
In another chapter you will read such amazing things like the incredible
history of Gothenburg 1955, in which three games were developed
identically due to the strategy of the Argentine team.

You also have to implement your knowledge: Racing
with large proposes several challenges that have faced the best: Morphy, Alekhine, Capablanca, Tal, Fischer and Kasparov, among others. You Handy amenities the same time they try to solve for you be able?

At De Torrente Sherlock Holmes chapter will enroll in a school of chess yse detectives assigned 20 cases you'll have to rebuild. You'll also meet a professional cheater: PerfidioTrebeijo, which will reveal and explain some of his most famous traps.

Mario Tallarico was born in Argentina in 1960. He is philologist and chess master. He has spent the last 30years of his life to this noble game. It is international referee and instructor of the International Federation
Chess (FIDE). King Pawn columnist since 2003 and coordinator of the International Marcote Kasparov Chess School for nine years, has accumulated extensive experience in teaching chess at all, from primary to university levels of education. It was chess champion of the province
Buenos Aires in 1998 and runner Argentine chess team in 1989.