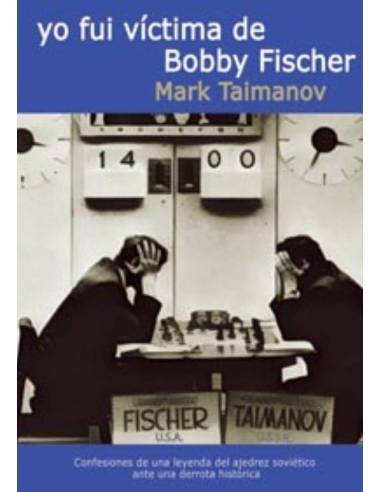 The Canadian city of Vancouver was the scene in which the American swept Taimanov off the board, inflicting a painful 6-0 on him.

Chess and music were the two great passions that occupied the life of Mark Taimanov (Kharkov 1926-Saint Petersburg 2016). In both he reached the highest level.

His chess career led him, in 1971, to the quarterfinals of the world title candidate tournament, which confronted him no less than Bobby Fischer.

The Canadian city of Vancouver was the scene in which the American swept Taimanov off the board, inflicting a painful 6-0 on him. As if this were not enough, the Soviet establishment raged hard on him, undoing him. They did not conceive of the brazen Fischer crushing a high representative of the Soviet chess school.

In an exercise in honesty and stripped of all self-centeredness, Taimanov tells us in this book how he lived through that defeat, how he faced that chess-playing machine, that superb Fischer who managed to create incontestable wonders on the board.

Mark Taimanov obtained the title of Grand Master in 1952. Between the years 1946 to 1956 he remained among the ten best players in the world. It got to dispute 23 championships of the Soviet Union. He wrote among others Taimanov's selected games and The Soviet Chess Championships.