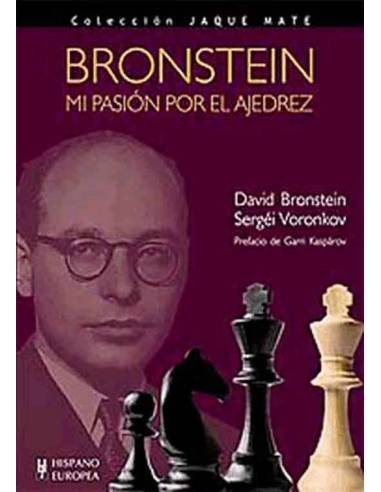 David Bronstein was undoubtedly the most original twentieth century chess. Champion of the USSR in 1948 and 1949 and runner-up in 1951, to 12 points to tie the game he played with Mikhail Botvinnik, then proclaimed world champion.

David Bronstein was undoubtedly the most original of the twentieth century chess player. champion of the USSR in 1948 and 1949 and runner-up in 1951, when tying 12 points that disputed meeting with Mikhail Botvinnik, then was proclaimed world champion. Apart from his numerous contributions to opening theory, Bronstein revolutionized the way of playing chess with his proposals for accelerating the pace of play.

After refusing to sign a letter against Viktor Korchnoi in 1976, he was banned from traveling to the West for thirteen long years. The aperturista atmosphere that was present in the USSR in the late 1980s allowed him to gain freedom and visit many countries around the world (including Spain, where he played for the University of Oviedo), participating in tournaments and lecturing and simultaneous which were the delight of chess fans.

This book is the posthumous chronicle of that period of feverish activity (1989-1997); however, Bronstein also peeks into the past and explains the pressures suffered by the Soviet players in the famous tournament in Zurich (1953); also discloses the secret training meeting with Viktor Korchnoi played in 1970.

The book contains 29 complete games annotated with the wit that characterized him.

In some of those trips he was accompanied by his wife, Tatiana Boleslavskaia, musicologist and daughter of Isaac Boleslavsky grandmaster, who tells here from his point of view.

To write what would be his last work, Bronstein was assisted by Sergei Voronkov, known author and editor of books and chess magazines