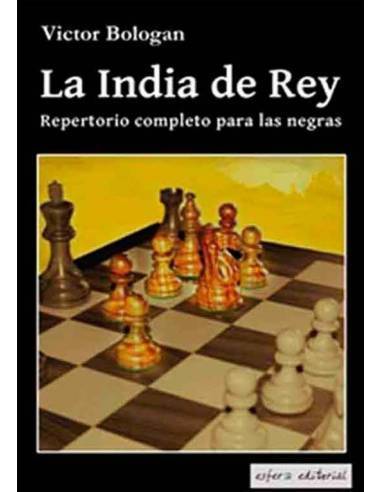 Grandmaster Victor Bologan offers a complete repertoire for Black based on the King's Indian defense, which is probably the most romantic response to 1.d4

Grandmaster Victor Bologan offers a complete repertoire for Black based on the King's Indian defense, which is probably the most romantic response to 1.d4, having survived the test of time and still play at an elite level even to this day.

The author explains the concept of the book as follows: "I have tried to reveal to readers the true spirit of India defense Rey, discover to their secrets and show its typical resources."

The Yugoslav Encyclopedia devotes at least half of its volume 5, indexed from E60 to E99. I did not feel obliged to follow that framework, although it is long enough, and I tried to explain when Black must lead the fight to the spirit of the Benko Gambit or the Benoni Defense.

India defense of King is a living entity and is in constant development condition. This opening is in competition levels, both in closed elite as in open tournaments. The evaluation of the various lines constantly changing and sometimes dramatically.

The book is written for chess players of all levels since the beginning of the King's Indian Defence are equally applicable for fans, as well as by the super-grandmasters.