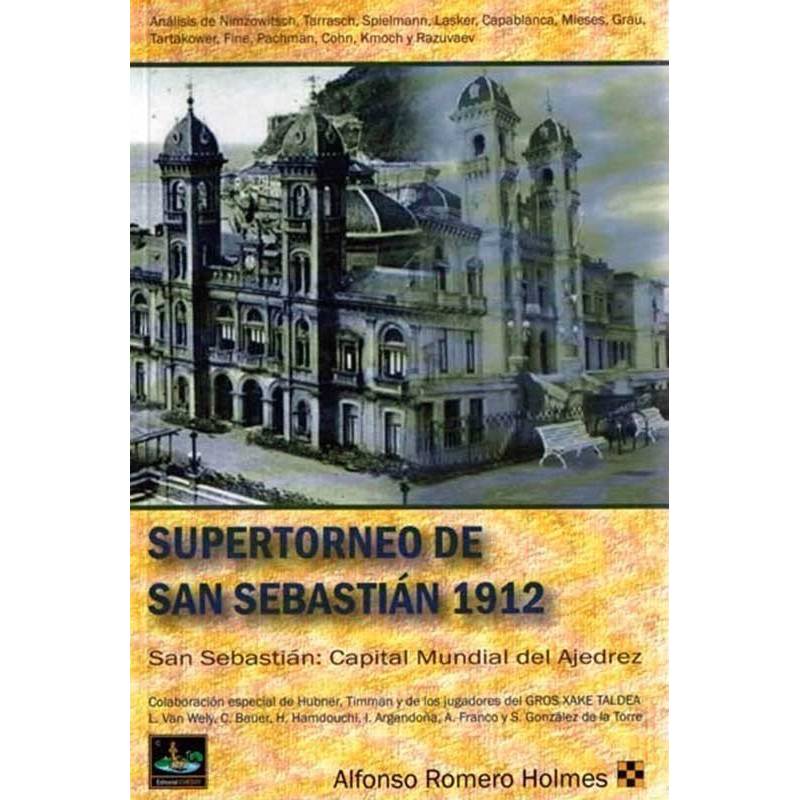 San Sebastián thus became one of the great capitals of the world chess, with the presence of the best chess players of the moment. And this time it had the singularity of being celebrated with double return.

There were only two notable absences, the logic of world champion Lasker, who was no longer competing in tournaments as years before, and the revelation of San Sebastian in 1911, the Cuban Capablanca, who still had hopes of challenging Lasker and was involved in those Matters.

The great Akiba Rubinstein managed to recover from his discreet start to get the win alone after a vibrant final victory over Nimzowitsch. And the dominator of the first half of the tournament, the Austrian Spielmann, yielded ground at the end of the tournament, and finished tied in second place with the author of "MY system" and the most revolutionary player of the time.

Rubinstein had an outstanding performance throughout the year 1912, achieving other outstanding victories, thereby becoming the natural contender for the Lasker world title.

In this work we analyze most of the matches of the tournament, some of which revealed changes in chess thinking, by the great innovator Nimzowitsch, faced in his theories to the classic Tarrasch, who would finish in the fourth place of the table.

The novelty of this work is the work of gathering comments from the great players of the time, special collaborations of two players who have belonged to the world elite in the last two decades of the twentieth century, such as Robert Hubner or Jan Timman, and Formidable Great Masters like the Dutch Van Wely, the French Christian Bauer and Hicham Hamdouchi.

Together with them, International Masters Santiago González de la Torre, Alejandro Franco and Iñigo Argandoña, also belonging to the Xake Gros Taldea club, collaborated to give a more current dye to the new airs of change that were boiling about these games.

San Sebastian 1912, is considered one of the 50 best tournaments in Chess History. And the level of the games was higher than the previous edition, says the director of both events, Jacob Mieses. Among them I would like to highlight several that remained beyond their time and which are still remembered for their great depth: Rubinstein-Schlechter, Tarrasch-Teichmann, Nimzowitsch-Tarrasch, Leonhardt-Nimzowitsch, Tarrasch-Rubinstein.

Grand Master Alfonso Romero Holmes, is one of the most prolific Spanish authors, and his works Creative Strategy and Strategy Problems have been translated into English, French, Italian and Russian.