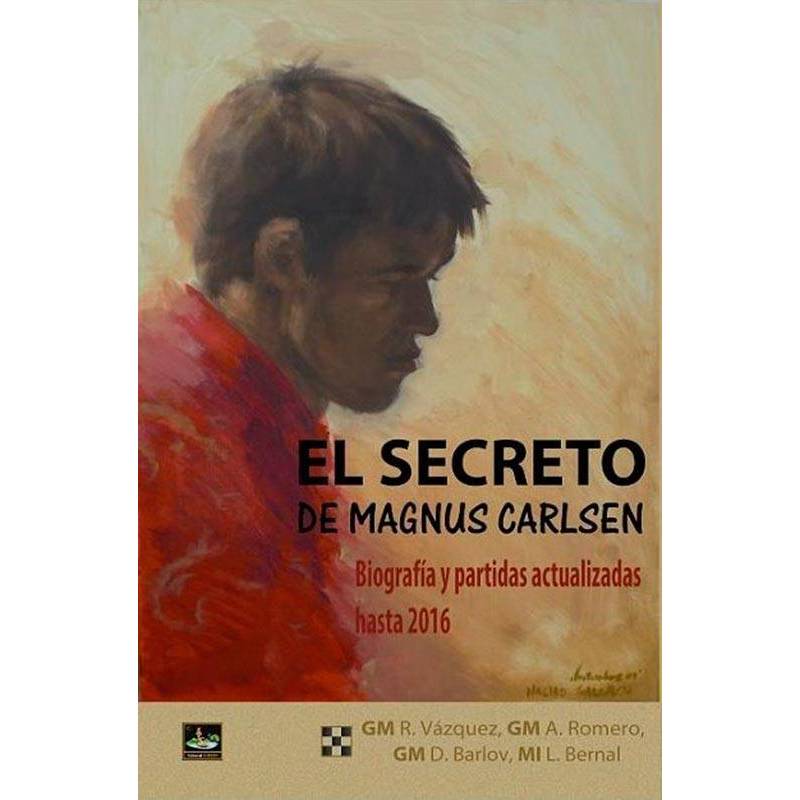 The secret of Magnus Carlsen

A book about the critical issue in our day chess champion who is marking a new era of domination, Magnus Carlsen.

A book about the critical issue in our day chess champion who is marking a new era of domination, Magnus Carlsen. Two-time world champion, this year defends title against Russian Sergey Karjakin and generational companion.

In this new work bring new approaches, some keys to their game and details of his biography less known. To do this, we have had four authors, the Grand Masters Dragan Barlov, Alfonso Romero and Renier Vazquez and International Master Luis Javier Bernal. Each has dealt with a period of his career, mainly from 2010 (not to mention some good games from 2004-2009 before unpublished in Castilian) until 2016.

Similarly become important in this book the most important items of the two world title matches he has played so far, both against the same adversary, Vishy Anand.

In many of the analyzes of the 4 authors emphasizes the key game Carlsen. One of the very complementary to the previous book that analyzes your game Mihalchishin to 2010 (Magnus Carlsen, the Mozart of Chess) Editorial most accomplished work Chessy.

Alfonso Romero. GM since 1991. former champion of Spain, 5 times Olympic player with Spain and Bronze medal in Bled Olympiad 2002. Author of 7 books, creative from Estrategia in the middle game and strategy issues.

Dragan Barlov. GM Yugoslavia since 1986. Absolute Champion in 1986 and winner of the Zonal Pucarevo (1987). Silver medal with Yugoslavia. Haifa in 1988. Best European ELO: Excuse 2555. Author of openings, endings are fundamental