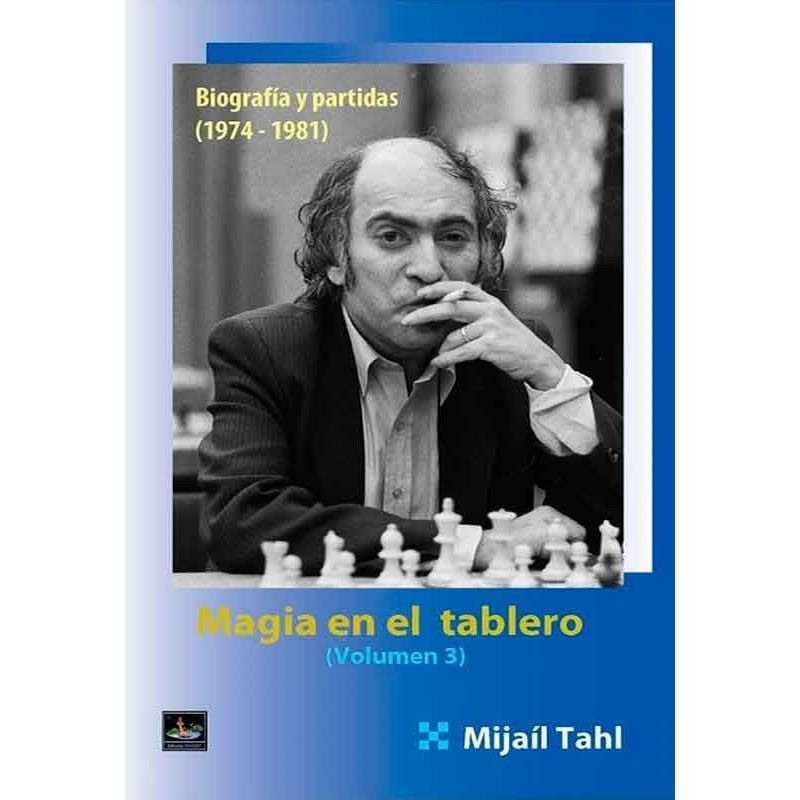 Magic on the board vol3

Third volume of the Complete Collection of Items of Mikhail Tahl, commented by Misha own and collected by his friend Kirillov for Russian publishing Retorika, who published this work between 1996 and 2002.

This third volume of the Complete Collection of Items of Mikhail Tahl, commented by Misha own and collected by his friend Kirillov for Russian publishing Retorika, covering the years 1974-1981.

The "Wizard of Riga" analyzes his best games of this period, most of which have not been published previously in Castilian, and reviews of autobiographical form the different stages of his career, stopping at the most important moments.

These years were of contrasts for Tahl, which in 1974 already had 38 years. For example, in this 1974 winning all tournaments in which it participates, including Riga Interzonal, with a two and a half points over second !. And in 1979 expires in Montreal super tournament, tied with Karpov, including its two new victories in the USSR Championship fortissimo.
This work of 4 volumes is his most complete work, with biographical notes of Tahl own and Kirillov, and covers up his last tournament in Barcelona 1992.

In this new volume items analyzed by Tahl, adding computer analysis of variants and new modules that complement the accurate comments legendary former world champion offered. You will also find an album of photographs and caricatures of Mikhail Tahl this period.
"Tahl is the only player I remember that did not calculate long variations: just saw them hundreds of fantastic combinations continually running through his brain, and his imagination knew no bounds!" (Garry Kasparov)
"In every game was paradoxical solutions" (Mihail Botvinnik)

"The appearance of Tahl in the great chess had the effect of a bomb explosion. The pieces seemed to come alive in your hands" (Vassily Smyslov)