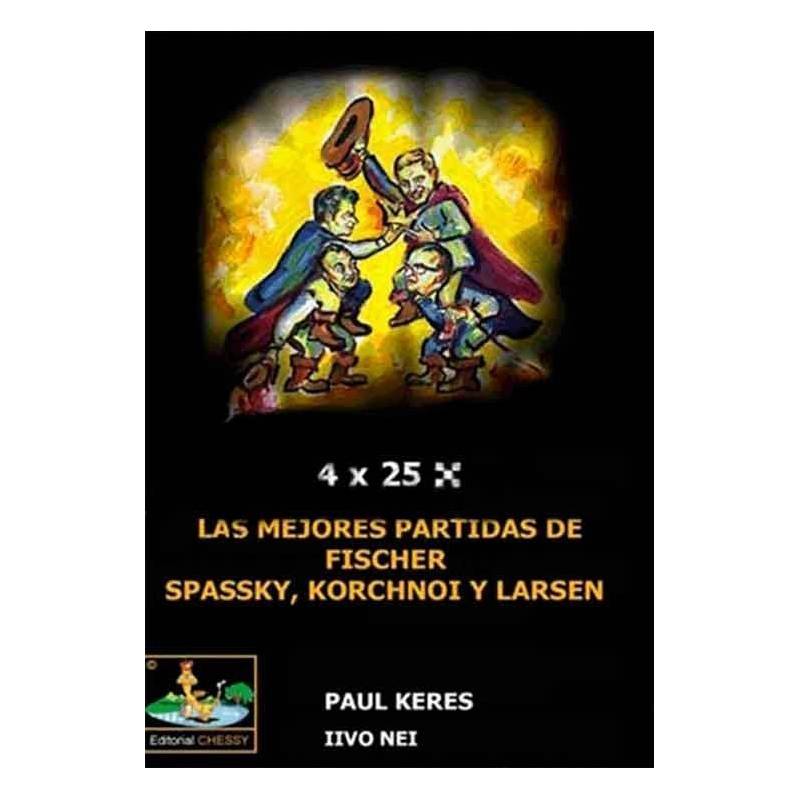 The best games of Fischer, Spassky, Korchnoi and Larsen 4x25

This posthumous book of Paul Keres, who thoroughly analyzes the unique characteristics, strengths and weaknesses of the four best players in 1974, is an unknown classic to most fans.

This posthumous book of Paul Keres, who thoroughly analyzes the unique characteristics, strengths and weaknesses of the four best players in 1974, is an unknown classic to most fans.

No wonder this book had only been published in Estonian, and was not even published in Russian. As the world marks 30 years of the death of the legendary "Champion uncrowned" Paul Keres (1975), which coincided with the appearance of this book, the more necessary it becomes to make this unique work, whose master pen to one of the most renowned authors Chess History.

Expert opinion is unanimous in the sense that Paul Keres amply deserved the world title vacated Alekhine. Iivo Nei, also Estonian, is the co-author of this book, and his name is known for being an International Master of excellent standard, to victory in the important tournament in Wijk aan Zee 1964, defeating among others the great Petrosian ...

The insightful comments of both set the tone for a book that dives not only in the field of chess but also fights the psychological approach of the contenders. There are 25 carefully selected games Bobby Fischer, Boris Spassky, Viktor Korchnoi and Bent Larsen, two players of the Soviet school and two Western players in the Cold War.