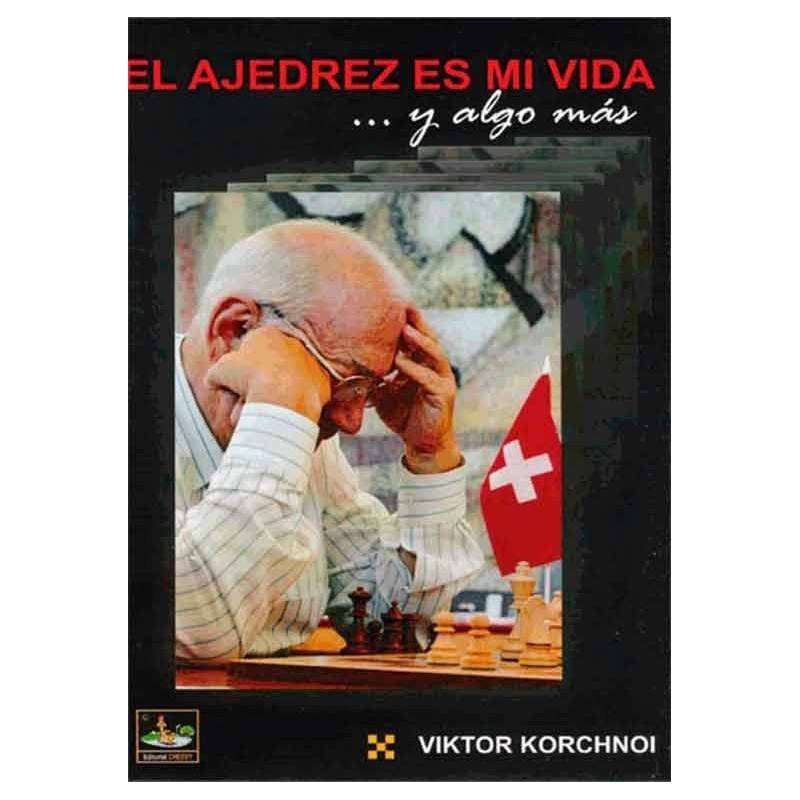 The Spanish edition of this classic, with new stories, games and more unpublished photos of Korchnoi. autobiographical book.

Korchnoi symbolizes the nonconformity, rebellion, dignity, honesty, discipline and indomitable fighting spirit against the champions favored by the communist regime, and in his key moment in front of a younger champion, and can be considered, possibly the longest athlete in history.

About to turn 80, still playing tournaments and suffering with every defeat. Viktor, you can not let a day pass without chess, symbolizes this unconditional and unwavering love for chess one of the greatest champions of our time, a Uncrowned Champion suffered in his flesh the largest boycott of his colleagues, the Grand Masters Soviets.

Korchnoi wanted to see, finally, the Spanish edition of his bestseller "Chess is my life" and has been personally involved in it, offering unpublished photographs and many new items (34 in total).