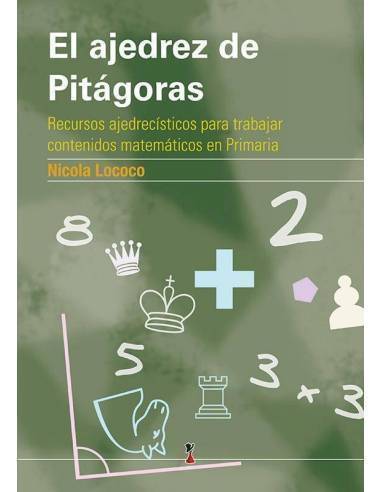 The work is articulated in two distinct parts:

The first one is divided by chapters where those curricular contents that can be treated in Mathematics class with chess motives such as the plane, the point and the line, the polygons, the angles, the numbers, the operations, etc., are started up. Each chapter with the capital concepts to be imparted accompanied by numerous diagrams, diagrams and drawings, for the next time, propose the way in which they can work in the classroom through problems and approaches whose purpose is not to present these exercises, as the structure that allows the teacher to reproduce them on their own in their infinite forms and varieties of degree and concept, collecting together more than a hundred pure formulas with which to inspire the creativity of teachers in their multiple combination of elements.

The second section, dedicated to the scope of its practice, precisely deals with elaborating several of these exercises separated by topics and presented according to degree of difficulty, in order to facilitate the work of the teacher who today does not have many resources Teaching for the occasion.