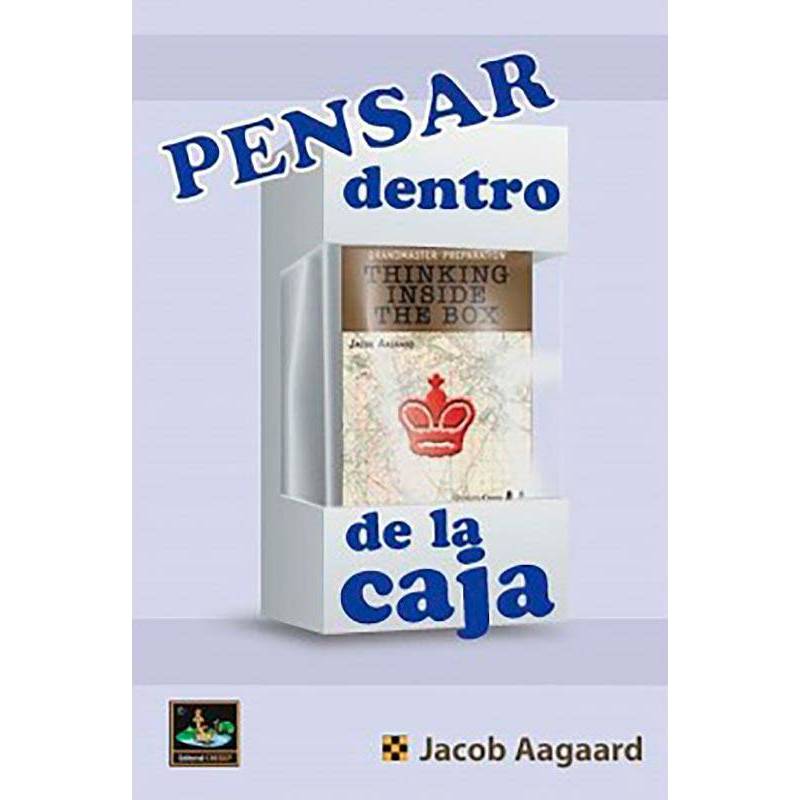 Think inside the box

With his work Thinking "Inside the Box", Jacob Aagaard describes his philosophy of progression in chess, developed after more than twenty years of reflection on an issue: How Can we make better decisions before a chessboard?

With his work Thinking "Inside the Box", Jacob Aagaard describes his philosophy of progression in chess, developed after more than twenty years of reflection on an issue: How Can we make better decisions before a chessboard?

This final volume of the award-winning collection «Preparation of great masters» unifies the
concepts of its five previous titles and delves into topics such as:
• Psychology in chess;
• The four types of decisions we make before a board;
• How to play simple positions;
• What is the calculation?
• How to analyze your games; Y
• much others.
Thinking "inside the box" is aimed at both fans and players of a high level.

The great master Jacob Aagaard has been the winner of the British championship in his first and
only participation He is the only author who has won the Boleslavsky Medal and other prizes so
recognized as ACP, Guardian, ECF and ChessCafe Book of the Year. Train big
teachers from four continents and has helped countless players to win titles, such as
USA Championship UU., The World Cup, the Candidates tournaments and two gold medals
In the olympics.

The great teacher Jacob Aagaard is one of the best chess writers and coaches.
The contents of the previous titles of this collection (Calculation, Positional Play, Strategic
Play, Attack and Defense and Endgame Play) have already been discussed before, and Think
Inside the box covers an extensive variety of topics ... I highly recommend it ».
MI John Donaldson.

Thinking inside the box is an immensely rich book ... Very few chess books
I have been shaken in the way that he has done Think inside the box. I think it's the
Aagaard's most accomplished work, full of useful ideas, about which I, myself, frequently
I reflect while I study or play ». John Hartmann, Chess Life.

In this book, whatever your level, you will face issues where you may
I never thought ». Bab Wilders, Nederlands Dagblad.