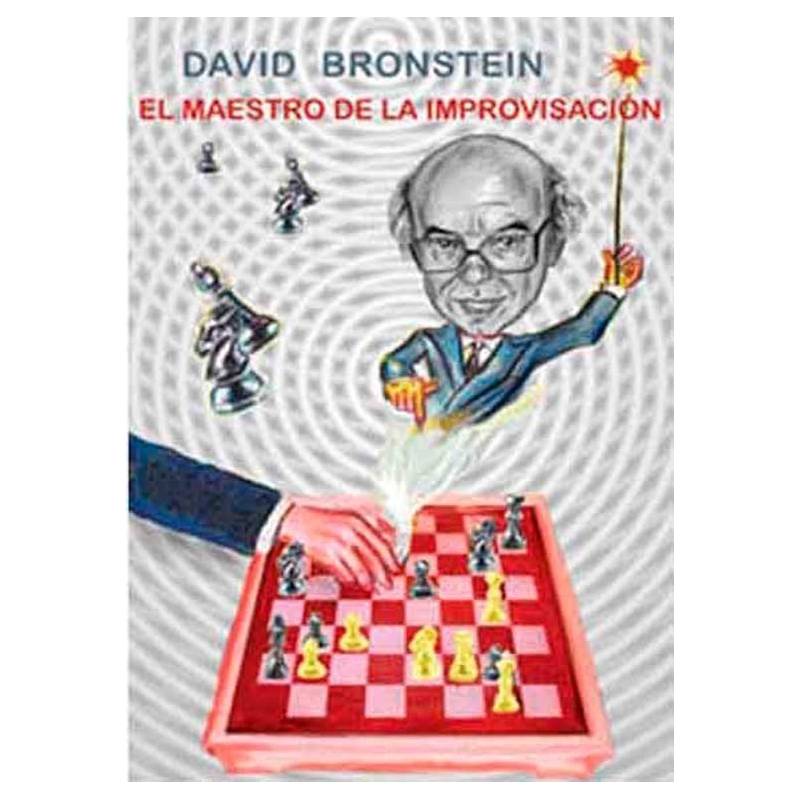 David Bronstein. The master of improvisation

What Bronstein meant for the world of chess?
With "The Master of Improvisation" (Chess Improviser) we can understand many of the numerous creative contributions of this maverick rebel chess, on and off the board.

David Bronstein wrote this book together with his friend Boris Vainstein and her true personality and overwhelming inventiveness of a "genius among geniuses" who definitely "born in the right place at the wrong time" in the words of Viktor Korchnoi is reflected. Similarly, Garry Kasparov openly acknowledges the great influence of the Modern Chess Bronstein.

"The Master of Improvisation" reviews his career before and after playing the final of the 1951 World Championship, with 28 examples of original and enterprising chess extravagant for many of its contemporary rivals.

Vainstein introduces an entertaining story in each game analyzed using an intellectual approach and a fine sense of humor. Since its "longer combination" against Rojahn, Moscow Olympiad in 1956, to the funny anecdotes with Najdorf and the Russian ambassador to the Candidates Tournament in Budapest, his "Immortal" game-and his "psychology of risk" - against Keres, the homage to it in his game against Korchnoi, the positional approach King's Gambit, its alright "calculated plan" against Lutikov, a "suicide" Geller arrest, their wild games against Larsen and Ljubojevic (this in 1973) , an "impossible" .... Polugaevsky against movement to the "craziest game" of all the USSR Championships against Furman, all items are preceded by a funny story ...