Best Games of the XXI Century

Evolution Chess has been constant over the centuries, but the concept of beauty has changed little chess: still admire the bold sacrifices, bright and smart positional attacks work the best players of each era.

However, it is undeniable that the twenty-first century has brought major changes. The ultimate chess professional and intensive use of computers has increased significantly the quality of play. The great masters of today boast of accuracy in calculating unprecedented quality that unites an extraordinary ability to fight. This gives rise to items of great difficulty and maximum demand in the combinations shown incredible depth and exciting exchange of tactical blows.

For this work we selected fifty of the best games played in that period, true masterpieces, which are presented and discussed in an entertaining yet rigorous, often by their protagonists. All are thrilling, surprising and certainly admirable battles. Fortunately, the original source where baby Caissa, the goddess of chess, seemingly inexhaustible. 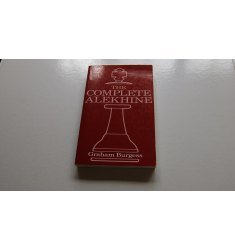