Chess program How to play the Najdorf vol.2 downloadable

By buying this product you can collect up to 2 loyalty points. Your cart will total 2 points that can be converted into a voucher of 0,60 €.

* The program will be downloaded and paid in the store Chessbase.

Follow the link, send proof of purchase and we'll give you a voucher of 10% of the amount paid Chessbase, to buy in our store.

Available in English only

The Najdorf system in the Sicilian Defence has a legendary reputation as a defensive weapon for Black. It is an opening where people often strive for a full point, instead of simply defending the position with the black pieces. Many great players have contributed to the development of this complex opening. There were two world champions who formed much of their careers using the Najdorf system as a choice against 1.e4: Bobby Fischer and Garry Kasparov. Both players celebrated spectacular successes with it, both used the Najdorf during their child prodigy years and retained it as an important part of their repertoire during their entire careers. English only.

For Garry Kasparov is a summary of the experience with the Najdorf at the very highest levels of chess. For chess amateurs and professionals is, equally, a milestone as the world's leading expert shares all the secrets in his favorite opening. In part one Garry Kasparov introduced the various subsystems of the Najdorf, including the central poisoned pawn variation. The second part is devoted to the main lines against 6.Bg5 e6 7.f4. Do not miss the legendary Alternative Polugaevsky. The DVD contains over two hours of private lessons of the highest level. The latest Chess Base 9.0 Reader, a big reference database with all relevant Najdorf games, as well as a complete opening book that can be used to practice what you have learned Fritz is included. 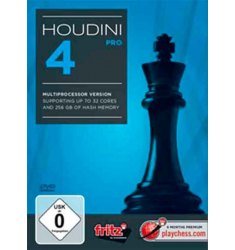 My best games in the Ruy Lopez downloadable
24,79 €
Quick View
Add to compare