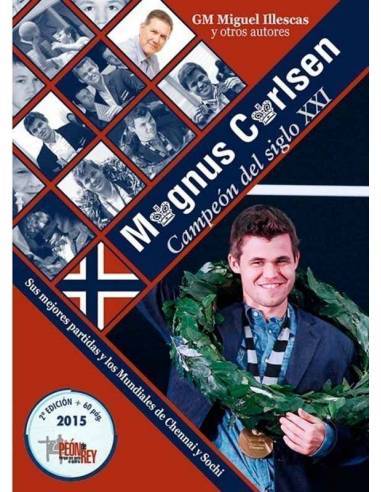 This work looks at in great detail the career of Magnus Carlsen from its inception until February 2015. In a careful edition, have discussed extensively the best games of Carlsen in that period, including the most important, for a total of 108 wins and 4 Norwegian champions tables.

GM Miguel Illescas directed and edited this work, offering his personal vision of each of the items, and thoroughly analyzing a number of them. In doing so, they have accompanied experienced authors as GM Amador Rodriguez and MI Angel Martin and Michael Rahal, although the book also features contributions of other graduates, as GM Jesus de la Villa, Oscar de la Riva, Jordi Magem and Andres Rodriguez and MI Alejo of Dovitiis and Reinaldo Roi.

Two items discussed by Carlsen own are also included, and often referred to comments by Magnus on his own games is made, which provides first hand the chess thinking triple world champion.

In addition to explanatory texts and annotated games, the book includes numerous photographs, some little known, as well as several exclusive interviews. Also they offered the leaderboards of the top tournaments and several benchmarks. And to round, the 21 items of the matches for the world title against Vishy Anand in Chennai and Sochi, seven of them widely discussed include.

In short, this second updated and extended until 2015, edition is surely the most complete and current in Spanish on work Magnus Carlsen, world champion of the century. 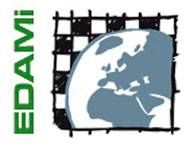