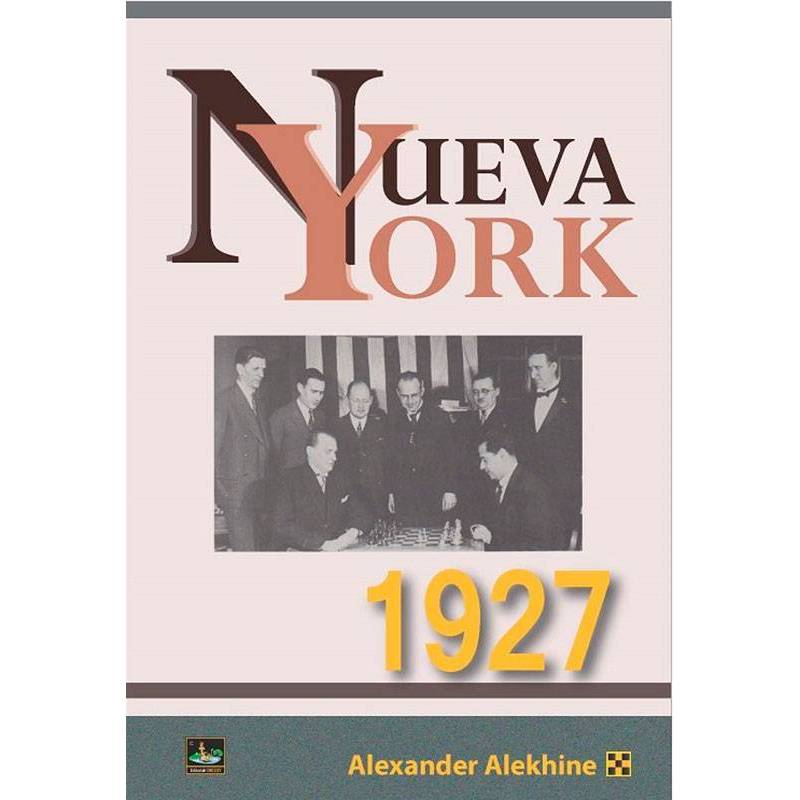 The 1927 New York tournament is another of the great tournaments in history. The six best players in the world participated

The 1927 New York tournament is another of the great tournaments in history. The six best players in the world participated with the exception of Lasker, now retired, and Bogoljubov (who gave up playing).

The organizers got Capablanca back into the competitive arena. Since his proclamation as world champion in 1921, he had only appeared in four tournaments. This tournament was played over four rounds and Capablanca clearly dominated from start to finish.

Of course, Capablanca's clear victory in the tournament subtracted some sporting interest from it, but the chess level was of high quality. And the fact that the author of the book was Alekhine, Capablanca's challenger to the world title months later, offers some historical interest and peppers comments with spicy and controversial observations.

Alekhine's pen fiercely criticized the play of his rivals in this tournament.

This is one of the greatest commentators of all time, who presents us with some brilliant analysis. In Alekhine's opinion, Capablanca's performance in New York 1927 revealed some weaknesses and showed him how to defeat the world champion in
their match in Buenos Aires, six months later.

In contrast to his book on the 1924 New York tournament, in this one, Alekhine goes beyond elaborate play analysis and offers insightful positional explanations and psychological observations.

In short, a book that has been waiting in its unpublished edition in Spanish.