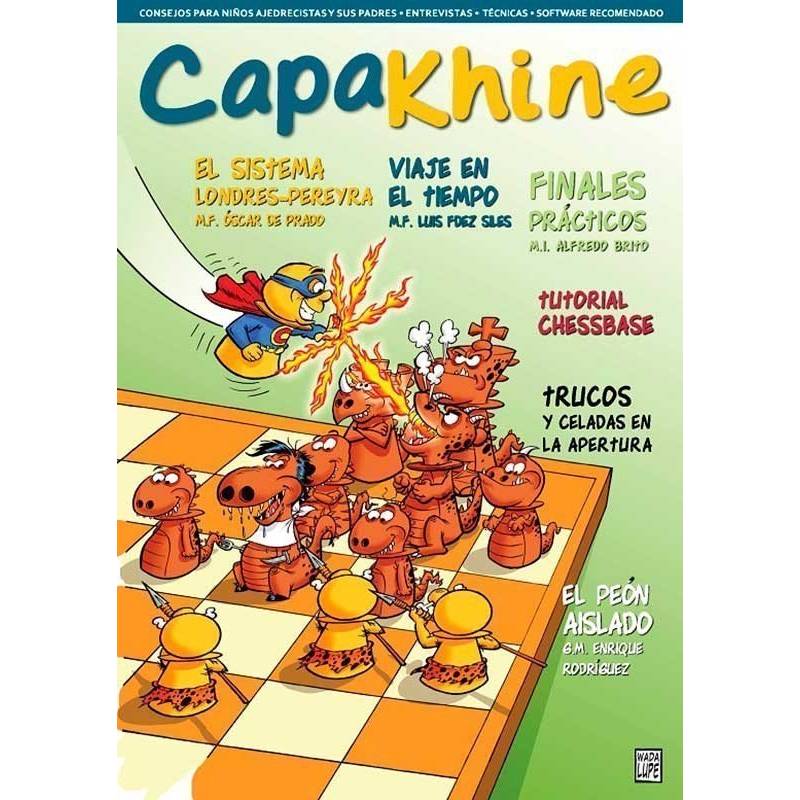 On October 1st, the seventh issue of Capakhine, the chess magazine for children and their parents, is being widely welcomed by chess monitors and schools interested in educational chess.

A system in the opening that is fashionable, in part by the great editorial success that has supposed the book published by Oscar de Prado in the Editorial Chessy. The Galician teacher summarizes for Capakhine readers the most important ideas of this scheme, so that children and beginners who are looking for a chess opening where they do not have to memorize too many variants, can apply the London System. The article focuses on the positions in which black plays with d5.

It is a luxury to offer this review that gives us the G.M. Enrique Rodríguez on the typical weaknesses of pawns. Now it is the turn of the isolated pawn, a structural weakness that every chess fan should know. Enrique defines us in what consists an isolated pawn and reveals the main strategic concepts that surround him, so that the children who begin in our game can advance in their knowledge of half game.

TACTICS: THE MATE OF THE COZ.

This dazzling matte must form part of the young chess player's tactical arsenal, which will surprise his opponents with the spectacular sequence that leaves the enemy king in a corner of the board, surrounded by his own pieces, and receiving a deadly check of the enemy horse. Essential.

THE TACTICAL SEMAPHORE. THE MATE OF THE COZ. By Manolo Alcover.

To practice the mate learned in the tactical section, nothing better than enjoy the selection of chess problems offered by the extraordinary monitor Manolo Alcover, who not only focuses on the Mate of the coz, but also gives us other exercises Chess for children, beginners and amateurs of different levels where a mortal horse jump finishes the fight.

A new selection of endings essential, divided by levels and sure to be of great use to readers of Capakhine. He i. Canary Alfredo Brito, returns to show us his great didactics with these endings essential game for the young student of chess. Let's not forget that endings are fundamental!

Our director climbs the time machine to come to Zurich in 1953, the memorable Tournament of Candidates, one of the great championships in the history of chess. In fact, the formidable book Tournament Chess David Bronstein, considered one of the greats of chess literature, has this tournament as the protagonist. M.F. Luis Fernández Siles comments on a beautiful game and explains in great detail the most important issues that may be useful for our young readers.

We continue to offer our readers this tutorial to take full advantage of the world's leading chess program. Not only do we explain the functions that can be used, but we try to explain how and what situations can be useful, both in the general study of chess and in the preparation of specific games in the chess championships.

A new story by David Vicente, where the characters who already starred "Judit, the pawn who wanted to be queen", a story that we offered in number 5 of Capakhine, reappears. Well, writer and writer David Vicente, once again show us his creativity with this exciting story, which will be of special interest to all fans of our game.

The champions of the world. Our favorite cartoonist, Andrés Wadalupe, shows us a masterful vignette, this time by Vasily Smyslov. From this mod advancing in our graphic overview to the world champions.

Tricks and fixtures in the openings. We continue to offer our readers some of the most important cheats and tricks that exist to pose at the opening. Surely all chess fans will be happy to know these ideas that can lead to a quick victory (or defeat if we do not know them) in our games of chess.

Champions of yesterday and today. The Andalusian Amalia Aranaz, player of the Spanish Olympic team, stars in our section. Amalia answers our questions and offers us her family photo album. Let's take a brief look at your school-age sports achievements. 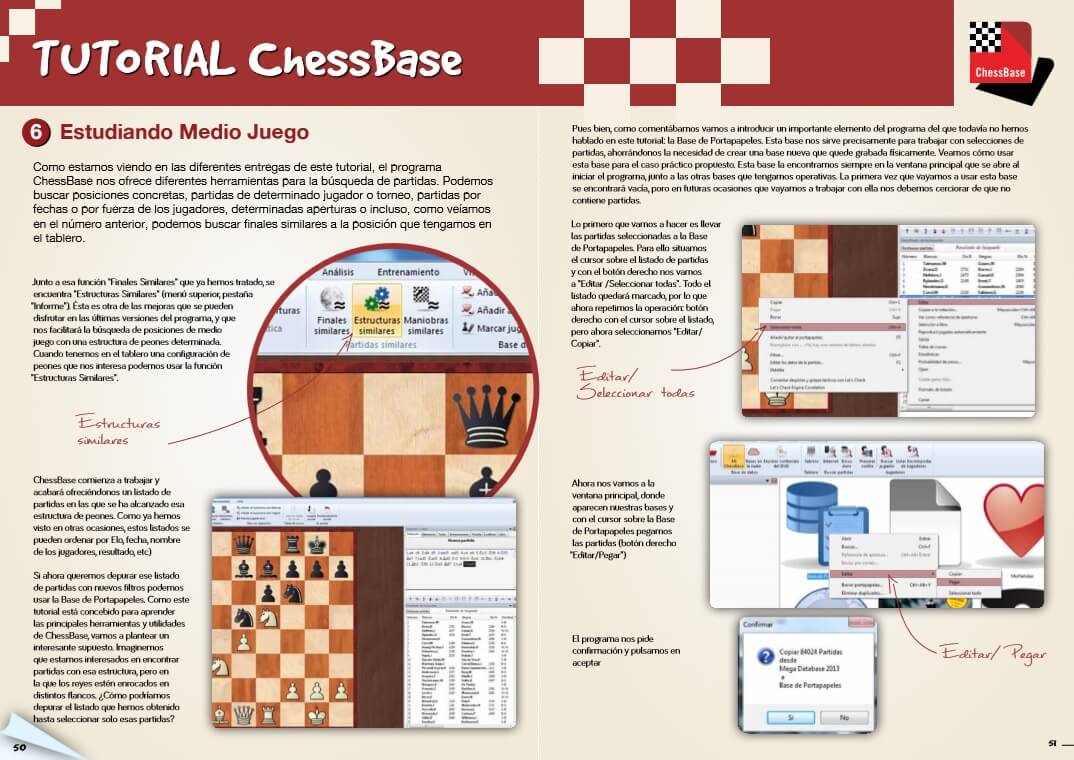